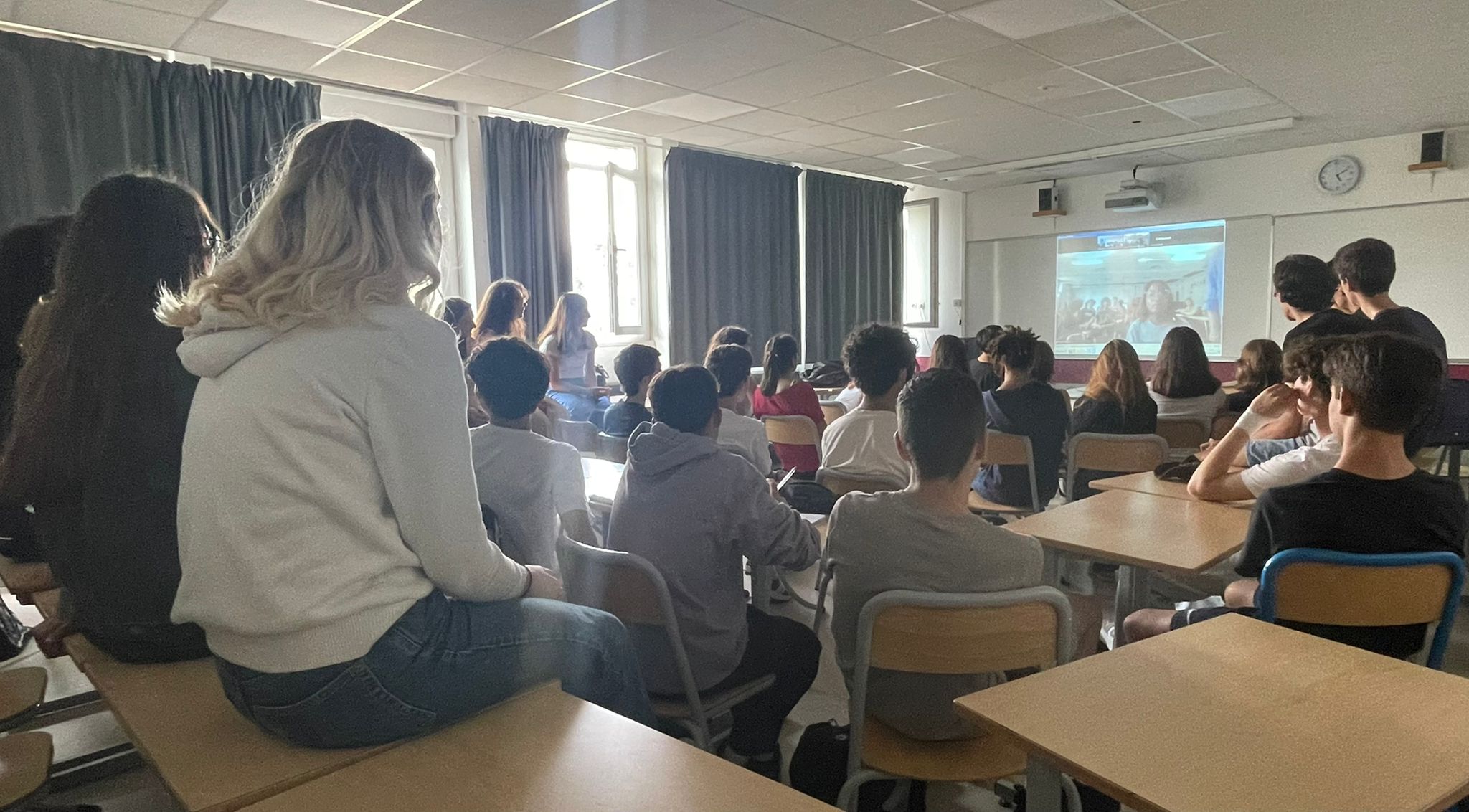 My name is Noémie, I'm in the European class in Fernand Daguin High School. A few months ago, our English teacher Mrs Geoffroy asked us if we wanted to contact another high school in Michigan, Clarenceville High School. So obviously we said yes because we thought it could be a great opportunity to discuss with people from the country  whose langage we study, and so interesting to know more about their culture and hobbies.

We had our first meeting on 10th  February and it was so great! We had prepared questions about sports, school, or series in English. During this meeting we spoke only English, so we could practice our language with native speakers. We discovered they had a different schedule and different holidays. They also asked us about the impact of the Covid in France. Then we asked them if they had stereotypes about French people... The only thing is that it was a bit stressful to come up in front of the camera to talk because we were siting at our tables so it was less comfortable and casual than the other class as they were only sitting on their chairs.

So during the second session we changed our organisation and sat like them and to me it was much better, also because we could come up in pairs to talk in front of the camera so it was easier to engage in a real conversation on a topic. This time we alternated English-French so that they could try to speak another language too. Also because we learned that they have tests this year and if they asked us questions in French, they would not have to take a speaking test. Then we shared information about our lifestyles and points of view: for example we talked about how we get to school. The answers were so different because they can drive at sixteen years old  but we don’t. One guy asked our point of view about the man who had thrown a piece of cake at the Mona Lisa ; we thought it was disrespectful, they thought it was funny. We also talked about the Met Gala and we easily agreed that this year the outfits were mostly not in the theme ! We also discovered we had lots in common, like we listen to the same kind of music, some pupils watch the same TV shows or animes, we usually do the same things to hang out with our friends...

I hope we will keep in touch with them or try the same thing with another high school next year because it was a very good idea and experience for us!